Recipes » Eats » The Best Homemade Waffle Recipes for the Weekend

Weekends demand waffles! It’s a thing…promise. So, I’ve gathered 25 of the best homemade waffle recipes for a delicious breakfast the whole family will love.

Be sure to sign up for my email list….seasonal recipes in your inbox every week! 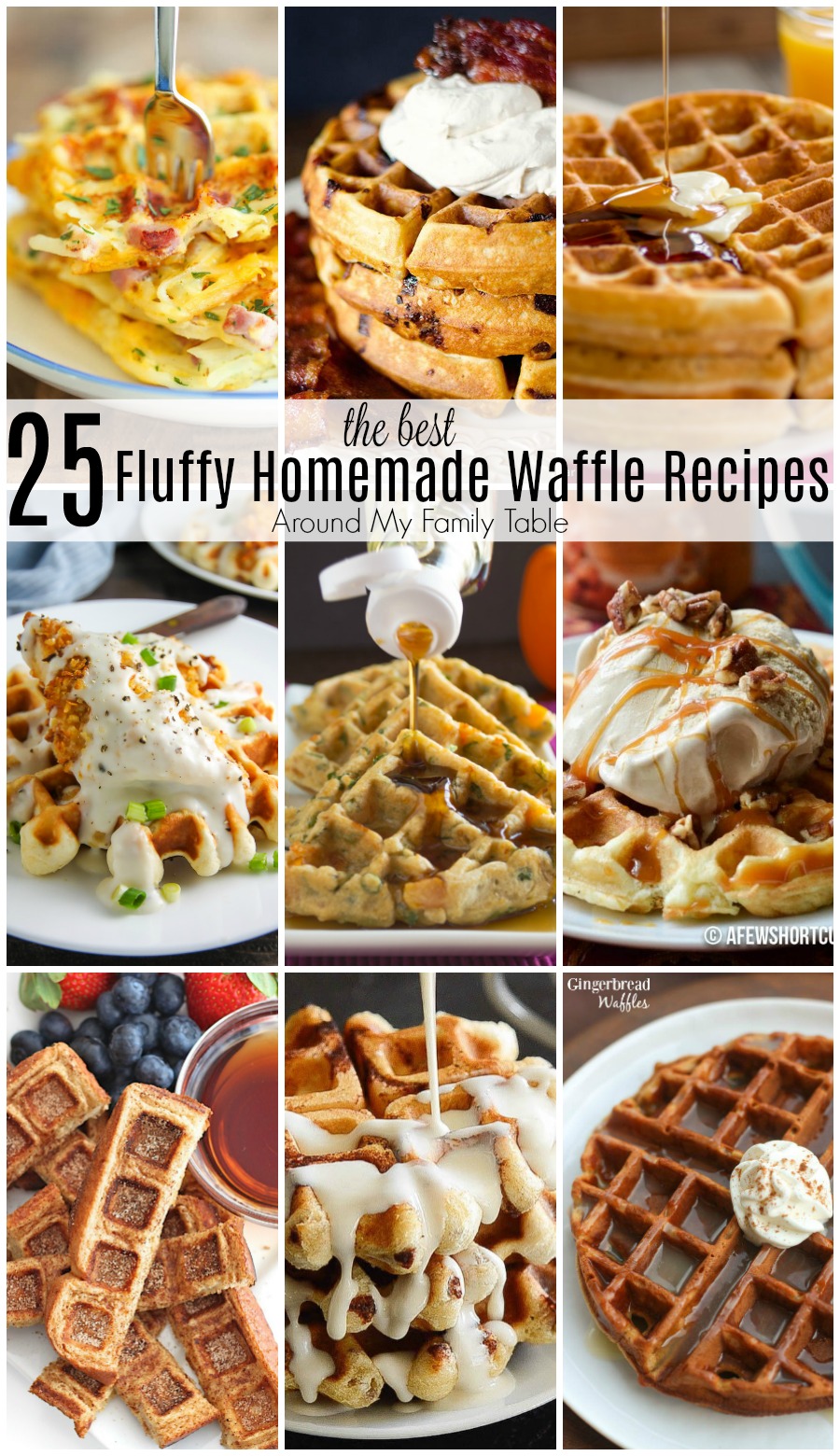 When I first got married, I bought a small, cheap waffle maker. I used it a couple of times, but it turned out to be clunky and difficult to use. The waffles never really cooked evenly and it just wasn’t worth trying to use. I stashed it in the back of a cabinet and forgot about it until I decluttered my old, unused kitchen gadgets.

Then, a few years ago, my family surprised me with a very nice waffle maker. The next morning, I tried out a simple recipe. It was so easy to use and the waffles turned out delicious. They had a crispy, golden brown crust, with a light, puffy middle. The waffles were a hit with my whole family. The kids were thrilled to get such yummy homemade waffles so I started making a waffle breakfast once a week.

I’m not a huge syrup fan, so I wanted to change up the options and vary the recipes (Although, I do like making my own fruit syrups on occasion). I began experimenting with different flavors and different combinations of ingredients. My kids get in on the fun too and take turns joining me in the kitchen. They really take pride in helping prepare our waffle breakfast. They mix up the batter and pour it on the waffle iron. After serving their creations, they wait in anticipation for everyone’s reactions.

This list is made up of some of our favorite and the best homemade waffle recipes I’ve found. Y’all are going to love all of the different versions.